I recently shared all our secret strategies that helped us to grow to $10M in Annual Recurring Revenue in just 3.5 years, being fully bootstrapped.

Something I didn't mention is that our company is now valued at $150M.

But mentioning this valuation means that a deal happened...

If you've been following our journey, you know that we started our company with $1000.

Since then, we didn't take any loans, nor money from investors - we actually even said no to a $30M funding round...

We were profitable from day 1 and the only money we used for that growth was our customers' money.

We are truly believers that profitability is the most sustainable way to grow a business and we want to stay that way: bootstrapped, but with less risks …

In this article I want to explain what type of deal we did in order to have a valuation of $150m in just 3.5 years.

I will explain the following in more detail:

What's the difference between Cash-out VS fundraising?

If you’ve been watching any startup related media, you’ve probably stumbled upon articles about fundraising.

The more money - the better!

The fundraising process works like this: investors will inject money directly in your company in order to help it scale faster. Fundraising is always tied to cash injection in order to “fuel the growth".

Truth to be told, I've never thought that the amount of money you raised is correlated to your growth rate...but that’s another topic ;)

Before the money is injected into the company, you need to set a valuation. That valuation is set together between the founders and the investors.

That valuation is divided into pre-money and post-money valuation. Let’s take an example to make it simple:

However, I see more and more people think that because a company is worth $100M it means that their founders are (or will be) super rich...

The honest truth is that a lot of founders I personally know who raised tens of millions ended up with nothing...

Because when you fundraise, the money goes to the company. Not to the founders…

That's the main difference between fundraising and what we call "cash-out" or "secondary".

A cash-out or secondary operation means that instead of giving money to the company, the investors will actually purchase shares in the company from the founders directly.

It means that the money will go to the founders and not to the company itself.

As you can imagine, the fact that the money is going directly to the founders will also impact the valuation, which leads us to our second question 👇

Why valuation differs depending on the type of financial operation you do?

When a company fundraises, the injection of money is there to fuel the growth. When setting the valuation, the investors will focus on how the money they injected can help the company grow its revenue faster.

However, when you're selling a company, acquirers will actually have a look at financial metrics, profitability, growth etc... If you want to learn more about it, I wrote an article detailing how we sold one of our SaaS  companies and the process used to set the valuation.

To make it simple, investors are always betting on the future of the company while potential acquirers focus more on the past.

When you're doing a "cash out" or "secondary" operation the money will go directly to the founders. However, because it's not a total sale of the company, the investors will focus both on the past and on the future.

Their goal is to pay a valuation that would be a little bit higher than the real market value but to make a bet that the company will be worth 10 times that valuation in 4 to 5 years.

It's a big risk for them because they essentially give money directly to the founders without having any control of the company...

To sum it up, the valuation of your company will go as follows:

So now you're probably wondering...

What deal have we made and why?

At the beginning of the article I stated that our company is now worth $150M. To set this valuation, my two technical co-founders and I made a deal to sell 20% of our shares for $30M.

The deal is simple. We, as founders, are taking $30M in cash and in exchange Expedition Growth Capital will get 20% of the company and 1 seat on the board.

We keep full ownership of the company with 80% of the shares and 3 seats at the board.

You're probably wondering why we decided to make such a deal and also why not keep 100% of the company when you know that you're hyper growing and that your company will be worth 10 times more in the next few years...

It comes down to two parameters: pressure and risk.

The bigger your company gets, the higher the valuation is and the more pressure you have as a founder.

On top of it, building and growing a company is always a risky process. As you grow, the risk of failure gets smaller (statistically), but on a personal level the risk level increases.

You become owner of a company that is valued $100+ million without actually getting a single dollar in your bank account...Which means that the higher the valuation of your business is, the more money you can potentially lose.

Being able to get $30M helped us own the most valuable asset a founder can have: peace of mind.

No matter what happens next, we won't have to worry about money ever again.

Some people will think that when you get this amount of money, you can stop working entirely and retire. That's absolutely true.

My two technical co-founders and I all come from middle class families and we didn't grow up with a silver spoon in our mouth, so we know how life changing such amount is. But honestly, we didn't start this journey for the money... It might sound corny but we're truly passionate about our mission to help 1,000,000 entrepreneurs build and grow a profitable business.

With this money in our bank account we became much more ambitious. We're now able to take even more risks, follow our guts , and solely focus on what we're passionate about.

To close this deal we received many offers from different funds but we didn't accept the one that was financially the most interesting, and here's why...

In the last 3.5 years I've met with a lot of investors.

However, very few investors actually stand out with their cold emails (and I know a thing or two about that 😇).

But the first email I received from Oliver, managing partner at Expedition Growth Capital, really got my attention. Him and David had prepared an in-depth presentation for lemlist. They knew and understood the competitive landscape very well and had spotted some interesting opportunities.

They had also done their research, they even went to see some of our customers to ask for a recommendation about lemlist. As you can see in the screenshot below of one of their slides. They went the extra mile to understand what our users were thinking about us. As an entrepreneur, you're always on the lookout for people doing the extra mile, so I definitely wanted to meet with them at that time.

Being so user centric even before knowing us was definitely something I had not seen in the past from any VC.

From the start they told us that they were happy to help founders sell some of their shares and do some cash out (meaning giving cash to the founder directly). It was really unexpected for me to hear this because most VCs I had a chat with in the past didn't want to do secondary at all (or a ridiculous percentage of the total fundraise). For those VCs, it's actually a red flag when a founder asks for too much cash out. They think that if the founders don’t have enough “skin in the game”, and that they’ll leave or won't be as involved as they used to be.

For Oliver, it was the opposite.

He invest in profitable and bootstrapped businesses where he knows that the founders are not driven only by money. I remember him telling me that he believed that it was the best way for founders to be even more ambitious! To him, the bigger a business get, the more weight on the founders' shoulders. And doing some cash out is the best way to relieve that weight.

From the start, I enjoyed the transparent communication without any fluff as well as the fact that they were really result oriented. For the first time I had people challenging our vision, asking tough questions.

In the end, what was difficult for us was to decide whether or not we wanted someone external to own shares. We didn't want to change the way we were working even though our company structure has always been extremely unconventional.

From the start to the end of the process Oliver was crystal clear. If we managed to grow a company to $10M in ARR in 3.5 years with only a $1000 initial investment - he doesn't want to interfere in any way with the business operations and day to day. Obviously he can help if we ask for it, but for him it was essential to give us as much freedom as we needed to keep running the business as we did...With a few changes....

What is it going to change on a day-to-day basis?

Which means that 2 main things will change:

1- We will start having "board meetings".

Once every quarter we will do a meeting with Oliver and David in order to discuss both current results and future plans. To me that's really something I'm looking forward to because I realized that the more time we spent with Oliver and David talking about the business, the clearer our vision get. They always ask the right questions which pushes us to be sharper and it benefits the entire company.

2- We will have to do monthly financial reporting.

I'm really excited about that part because we just hired a part time CFO, Mathieu, who's handling all the financial reporting in order for us to be able to follow our different cohorts (which is something we were not doing in the past).

Both of these changes have a great impact on the business because they allow us to be challenged and also be more structured while keeping full control.

Like I said, our ambition really grew and we're recruiting a team of A players to build the future of relationships and help 1,000,000 entrepreneurs worldwide grow a profitable business. If that's something you're interested in - come have a chat with our team on lemverse 😇

Get the latest posts delivered right to your inbox 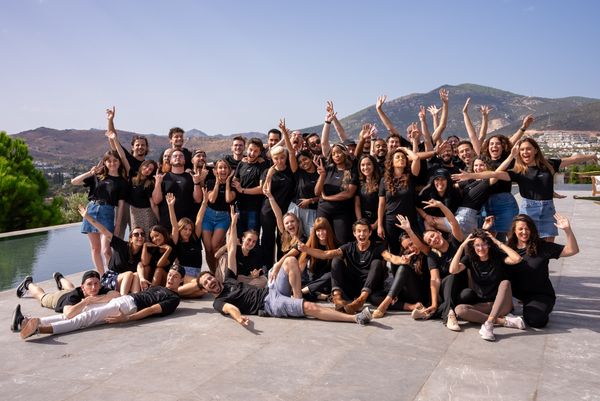 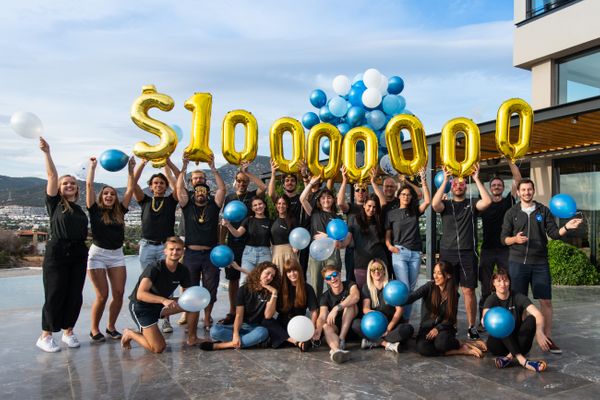 Stay up to date! Get all the latest & greatest posts delivered straight to your inbox

lemlist and its partners use cookies (or similar technology) to measure and analyse how our platform is used and to show ads based on your interests. By clicking "Accept", you agree to the above. You can change your preferences at any time in the Cookie Settings from the footer. For more info, check our Cookies Policy and Privacy Policy.
Deny
Manage
Accept

We need to measure events on this website. Why? Kinda like counting calories to have a good line.

No boring ads chasing you all over the internet. Interesting and relevant stuff, we promise.